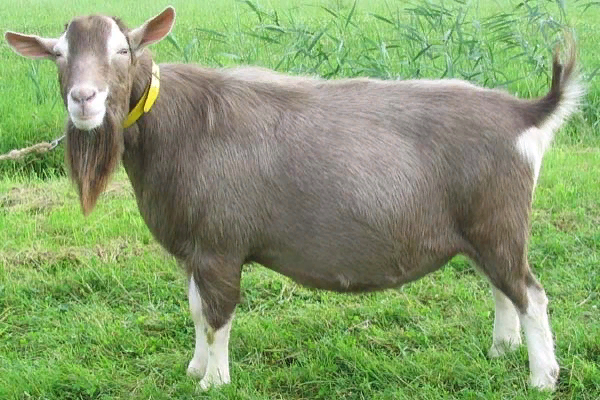 What Is The History Of Toggenburg Goat Breed?

The Toggenburg is a Swiss breed of dairy goat. The Swiss developed Toggenburg goats about 300 years ago in the Toggenburg Valley of the canton of St. Gallen in northeast Switzerland. They are also credited as being the oldest known dairy goat breed. It is among the most productive breeds of dairy goat and is distributed world-wide, in at least fifty countries in all continents.

The breed was officially recognised as a breed in its native country in 1892. At first, the goats were often dark-coated, sometimes with white markings. There may have been some cross-breeding with Appenzell and Chamois-coloured stock in neighbouring areas. The typical mouse-grey colour with white facial markings was fixed by selective breeding in the twentieth century.

Toggenburgs reached England by 1884, where, in 1905, it became the first recognized dairy breed in Great Britain. Following a development programme in the UK, British Toggenburg goats were formed. They are much heavier than their Swiss ancestors and produce higher-quality milk. Four Toggenburgs came to America by way of England in 1883. Toggenburgs were subsequently imported in greater numbers than any other dairy goat breed.

The breed was very popular throughout the early 1900’s in Switzerland, with 20,000 specimens recorded in the 1950’s. By 2006, populations had decreased to in excess of 850 goats in their native valley, with 3,000 goats in Switzerland altogether. The club St. Gallen Goat Breeders Association, registers the breed and that was founded in 1901. The Verein Ziegenfreunde was formed to protect the breed and unite breed owners. 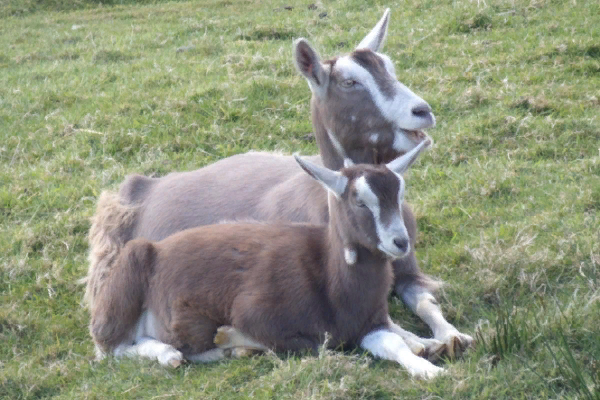 What Are The Characteristics Of Toggenburg Goat Breed?

The Toggenburg breed has fine, short, soft hair, which lies flat. Coat colour ranges from light fawn to darkest chocolate, with distinct white markings on their body. These markings are found: on the hind legs (which are white from hocks to hooves), on their ears (which are white with a dark spot in the middle), on their forelegs (white usually from knees downwards), on their face (two white stripes down the face from above each eye to the muzzle) and on their tail (white triangle on both sides of the tail). Varying degrees of cream markings instead of pure white acceptable, but not desirable.

The Toggenburg goat is a medium sized animal with a dished or straight face and upright ears. The average height, measured at the withers, is about 79 cm for does and 90 cm for bucks. Both sexes, female and male goats can have beards. Goats may be naturally horned or polled (hornless). Wattles are often present in Toggenburg goat breed, which is a small rudimentary nubs of skin located on each side of the neck. And white spot may be present at root of wattles or in that area if no wattles are present.

The Toggenburg Goats are usually a gracious, quiet and tender breed. Although they are classed as dairy goats, but they are also good for raising as pets mainly for their friendly and calm nature and good personality. The Toggenburg Goat are habitually extremely inquisitive and curious animals. Does have well-developed udders and are capable of producing an abundance of milk. They are easy kidders and good mothers. The breeds standard calls for a minimum milk yield of 750 kgs per lactation. Average lactation period 257 days. Their milk is also of good quality, with an average fat content of 3.2-3.7% and protein at 2.7%.

They are sturdy and very hardy. Like the other Swiss dairy breeds, Toggs do best in cooler climates. Goats can even climb trees because they have great balance and some goat species can jump over 5 feet high. The average lifespan of the Toggenburg Goats breed ranges from 8 years to 12 years. 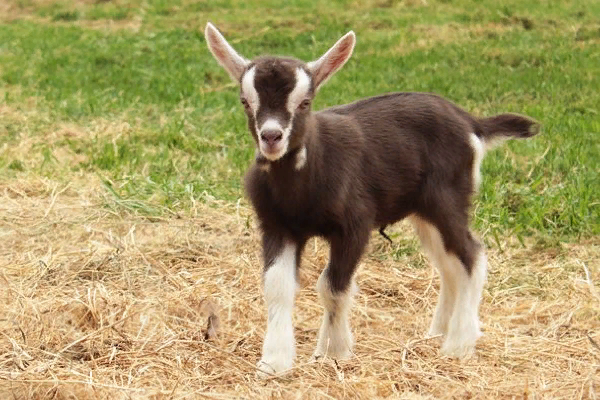 What is the weight of Toggenburg Goat?

On average, a mature Toggenburg buck weights about 68-91 kg and a doe weights at least 55 kg.