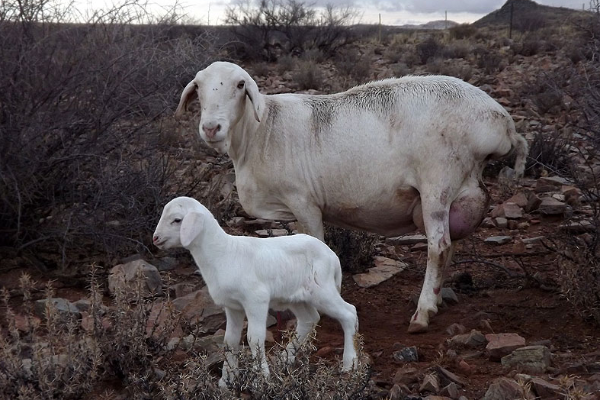 What is the history of Van Rooy Sheep?

The Van Rooy is a breed of domestic sheep native to South Africa, also known as the Van Rooy White Persian.

In 1906, Senator JC van Rooy of Koppieskraal Farm in the Bethulie district of the Free State started experiments to breed sheep for slaughter lamb production. The breed had to be strong and hardy to cope with regular droughts; it had to be fertile in order to maintain a high percentage of production; and it had to have an excellent conformation.

With these aims in mind, Van Rooy made use of a white Blinkhaar Afrikaner ram and 80 Rambouillet Merino ewes. With the progeny of these, he applied the principle of inbreeding, coupled with severe selection. The latter was aimed mainly at size, conformation and white sheep with enough wool in between the bristly hair to offer protection from cold.

With the introduction of a polled Wensleydale ram, Van Rooy managed to get good conformation with as little fat localisation on the body as possible and only reasonable accumulation on the rump. The sheep soon adapted to the climate of the south and south-western Free State and the north-eastern districts of what was then the Cape Province, and farmers increasingly used Van Rooy rams.

In 1998 the first Van Rooy embryos were imported into Australia and rams have now been used as a foundation sires in White Dorper upgrading programs.

Van Rooy genetics have also contributed to the development of the Australian White sheep breed.

What are the characteristics of Van Rooy Sheep? 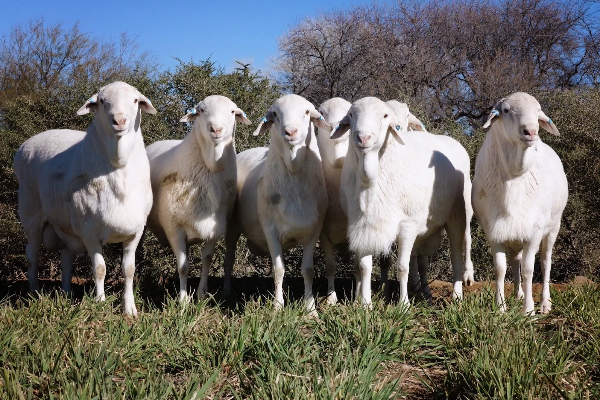 The Van Rooy is a medium- to large-framed sheep, and both rams and ewes are polled.

The tail is characteristically fat-rumped. It has a dewlap from the jaw to the brisket and a very prominent chest and brisket.

The upper part of the body have a woolly mixture of hair. On the head, legs and lower parts of the body, the hair short and devoid of wool.

The breed offers strong resistance to high temperatures and possesses sufficient wool covering in between the hair to enable it to withstand cold. It is especially a diseases resistant breed, and is not easily affected by internal parasites as many other breeds.

Due to it’s thicker skin, it is also more resistant to diseases caused by external parasites. It stands to reason that these latter problems can never be eliminates altogether and necessary precaution and treatment should not be neglected or disregarded.

Van Rooy rams are widely used to produce crossbred lambs, which put fat on the carcass at a much earlier stage than when crossbreeding two non-fat-tailed breeds.

The Van Rooy ram is known for being a hard and diligent worker, the Van Rooy ewe that she has an unlimited mating season. Consequently she comes on heat and can be served any time of the year.

Due to its hardiness, coupled with its ability to hoard energy, and an unlimited mating season, the Van Rooy ewe gets on heat very soon after production, even under most difficult conditions.

This brings about that three lambs in two years are rather the rule than the exception. The ewe is an excellent mother, taking good care of her young and producing sufficient milk for rearing her lamb.

What is the weight of mature Van Rooy Sheep? 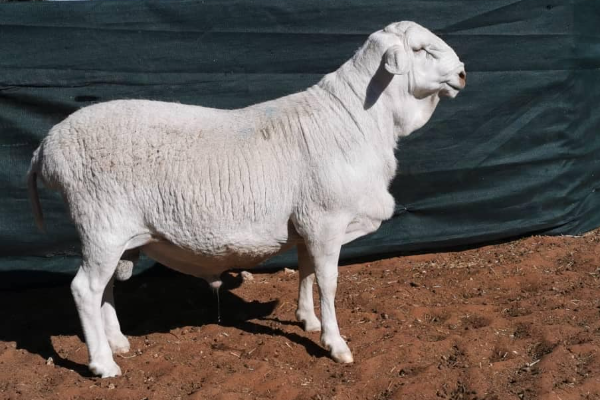