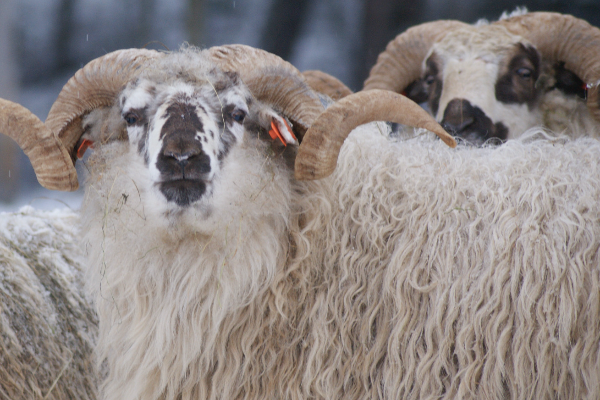 What is the history of Vlachian Sheep?

The breed is the most numerous in Greece, contributing 21% of all sheep in Greece, originated in the Pindus Mountains. Farmed for generations by local communities in less favoured agricultural are of some 14 countries, from Caucasus to Bohemia and Pindus mountains, adapted to low-input sustainable farming systems, they continue to be an integral part of most economy and ecology of this region, sustaining their natural landscape.

The people known as Vlachs are, by their heritage, nomads who speak an archaic language closely related to Latin. They are found in small numbers in Thrace, Macedonia, and in the neighbouring countries.

Formerly, most of the Vlachs in Greece migrated seasonally with their flocks, spending the winter in the plains and the summer in the mountains. It is an old tradition, still observed in Greece, that all transhumant flocks are taken to the mountains on St. George's Day, 23 April, and are brought back to the plains on St. Demetrios' Day, 26 October.

Today, almost all Vlachs in Greece are settled in towns and cities, but the sheep to which their name is given are widely distributed throughout the Greek mainland and in the Peloponnese. The remaining migratory flocks are no longer walked to the seasonal grazing areas but are transported by trucks.

What are the characteristics of Vlachian Sheep? 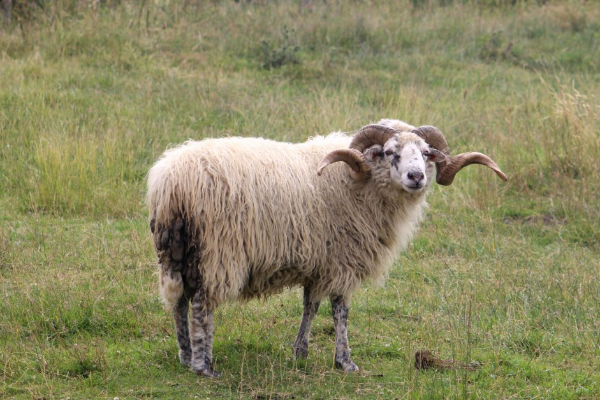 The genetic diversity of Valachian breeds is very large, produced by very many generation of evolution in diverse ecological niches, diverse pastoral systems, diverse community breeding in small regions. Most breeds have an island structure and the very different “island of a breed” is sometimes denominated “variety” or breeds.

The branching of the Valachian sheep breeds phylogenetic tree is not to clear and there is a tendency to declare branching by not biological reasons.

Vlachian Sheep adapted to low- input sustainable farming systems, still an integral part of most economy and ecology of this region, sustaining their natural landscape.

They are extremely shy, high-spirited, alert, and loyal to its territory, nearly exhibiting the character of a wild animal. They are remarkably hardy and frugal and can withstand extreme cold, high precipitation, as well as drought.

The Vlachian sheep can be very variable, long thin tail, bare head and slight convex profile, coiled, twisted horns (rams and some 15-20% of ewes), white (some 90%), but also grey or black (dominant to white), with face and legs white, brown or spotted.

There are small-medium size breeds, with an angular (dolicomorphic) conformation, milk, meat, and wool production, adapted to transhumance, pendulation, extensive production, adaptation for summering in mountain pasture and for wintering in open field.

What is the weight of mature Vlachian Sheep? 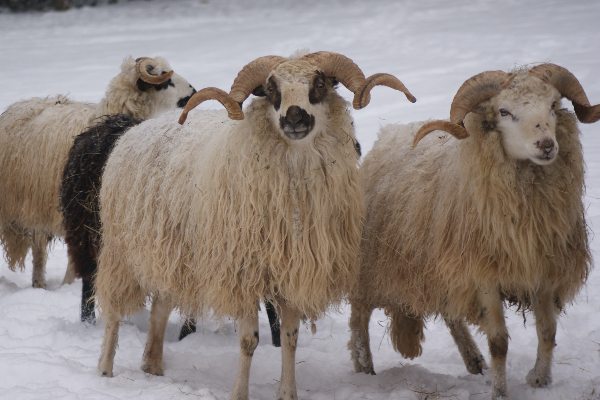