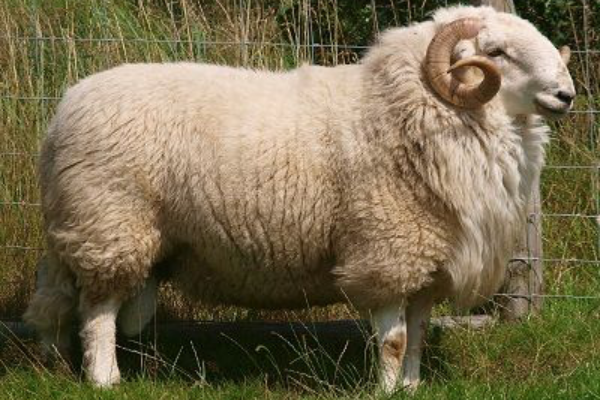 What is the history of Welsh Mountain Sheep?

Welsh Mountain sheep are small, hardy sheep from the higher parts of the Welsh mountains. The breed was developed in the Welsh hills in the 13th century, being particularly prevalent in the hills of Glamorgan, Monmouthshire, Carmarthenshire and South Powys.

The Welsh Mountain Sheep Society (Hill Flock Section) looks after the breed within commercial settings, promoting the breed and a sustainable way of life in upland Wales.

In 1905 the Welsh Mountain Pedigree Sheep Society was founded.

What are the characteristics of Welsh Mountain Sheep?

The males have curved horns, and the females are polled; they have no wool on the face or legs, and they have long tails. Breeders give a high priority to hardiness, milking ability, mothering quality and lamb survival. Lambing percentage can be 130%, which rises to 180% under favourable conditions on improved pastures.

The Welsh Mountain sheep is well suited to the harsh environment. It is small and sure-footed, able to pick its way over rock and scree, find shelter in stormy weather, dig through snow, climb walls and push through small gaps, make its way through bogs and find sufficient food in the most meagre pastures.

There are a number of varieties, named for their locality of origin or their appearance. These are mainly colour variations, but some are being developed as separate breeds. Welsh Mountain sheep is completely white. It is the most common variety in the mountains of Wales and has been exported to other parts of the world.

The Balwen Welsh Mountain is black (fading to brown in sunlight and greying with age) with a white blaze on the face, white socks on legs below hocks and a part-white tail.

Black Welsh Mountain sheep are entirely black. Many flocks of white Welsh Mountains contain one or two black sheep, but these sheep are now also bred as a consistent black variety.

The South Wales Mountain is similar to other Welsh Mountains, but is rather larger. It is white, with tan markings on legs and face, and a brown collar.