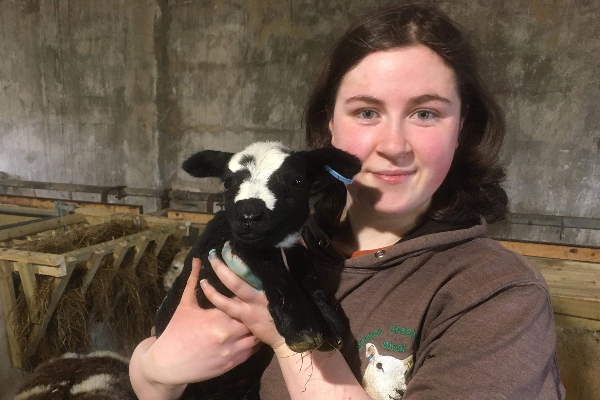 In 2017 I had a small and very mixed flock of commercial ewes, I also sold fleeces to hand spinners from my flock and had a small number of Jacobs who's spotty fleeces were popular. The Jacobs were difficult to handle and I decided to look into other spotty sheep breeds that might be easier.

In early 2017 I came across some info on the Dutch Spotted sheep and began watching them as they were new in the UK. I liked where the breed was going and decided to buy some! I sold the Jacobs and my first Dutch Spotted arrived in March of 2018! 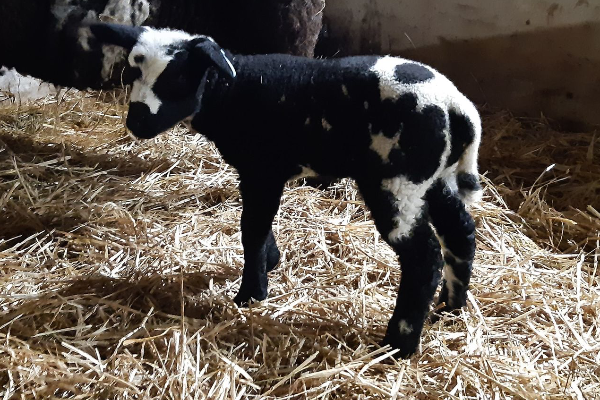 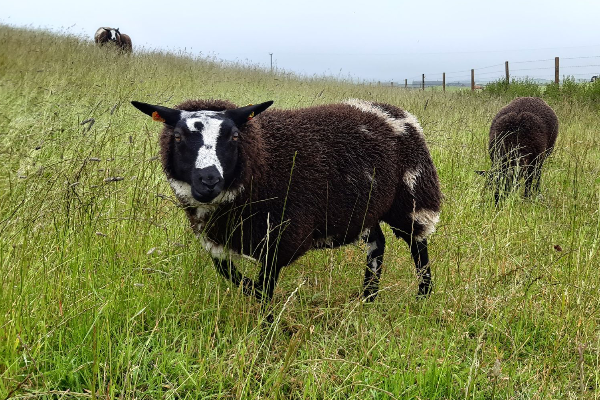 From the beginning, they were extremely friendly and calm sheep! The fleece quality was far better than the Jacob fleeces and the commercial shape of the breed meant they were the perfect addition to my small flock. I had 3 ewe lambs and a ram lamb, after some difficulty in registering them with the society, through no fault of the sheep, just a difficult seller to deal with, I was well on my way with my very first pedigree flock!

The name Goblin's Nook has sentimental value to me relating to my Dad who passed away in 2005, I wanted my flock name to be connected to him and so the flock prefix had to be Goblin's Nook! I'd owned sheep for nearly 5 years at the time but had never bred pedigree before!

I generally don't breed ewe lambs in their first year so was excitedly waiting for their first tupping the following autumn! 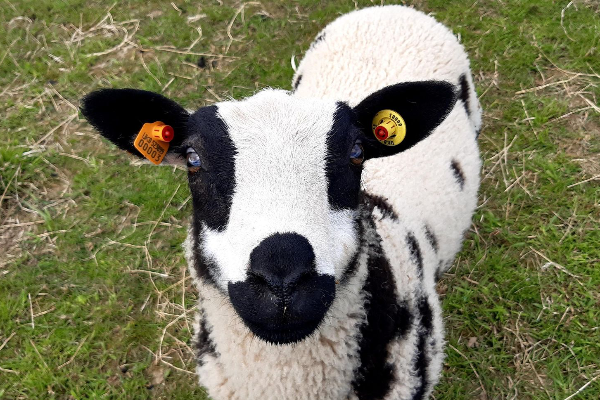 In July of 2019 I bought another 2 ewe lambs and a new ram lamb to work along side my now shearling. Sadly just a few weeks before tupping time my shearling got in with my Texel ram and was killed in the fight. My new ram lamb was thrown in at the deep end with several more ewes than planned but successfully tupped the 3 pedigree gimmers and 12 commercial breed ewes!

Lambing in 2020 was a great success too with my lambs being the very first Dutch Spotteds to be born here in Orkney. My very first lamb was a ewe and has been retained in the flock for future breeding here! 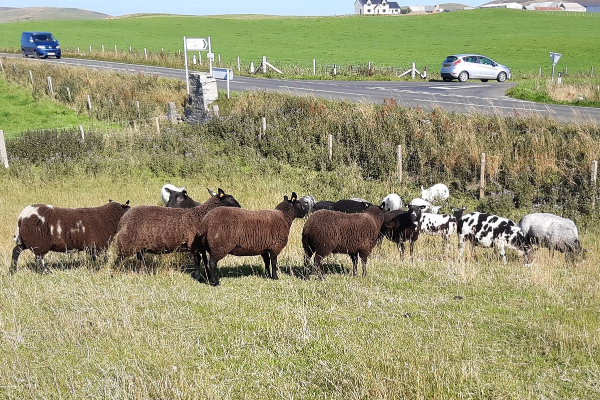 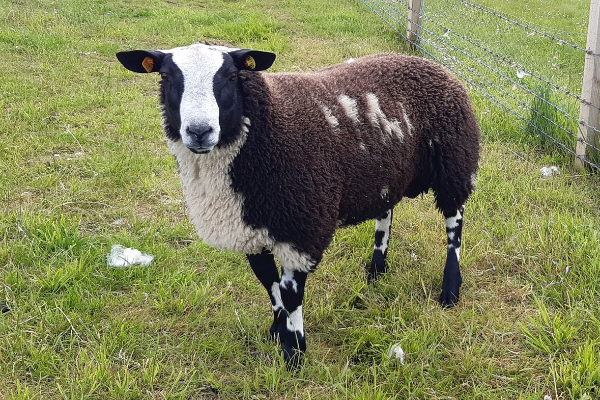 The crosses have also been brilliant lambs, selling to top prices for my flock in the mart. In July 2020 some more new additions joined the flock with 4 more ewe lambs and a ram lamb. Very much looking forward to continuing to grow my spotty flock in the coming years. Email is [email protected] I have Dutch Spotteds, Blue Texels and white Texel crosses. But only the Spotties are pedigrees. 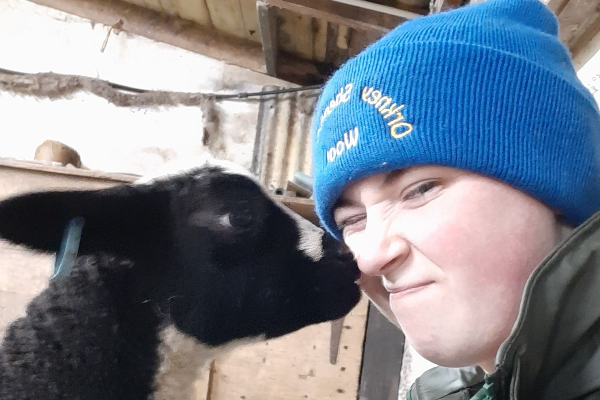 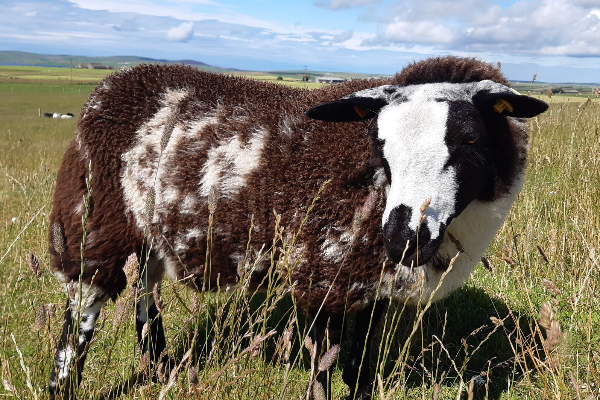 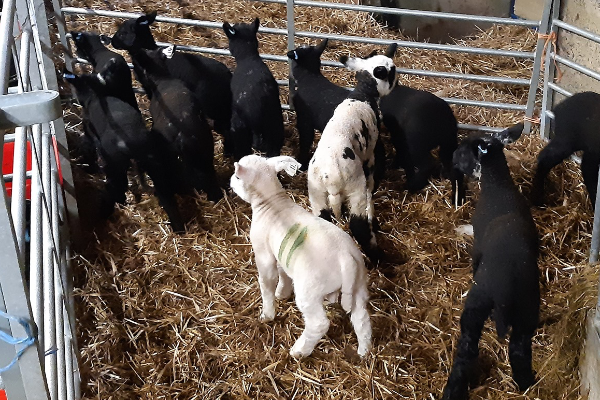 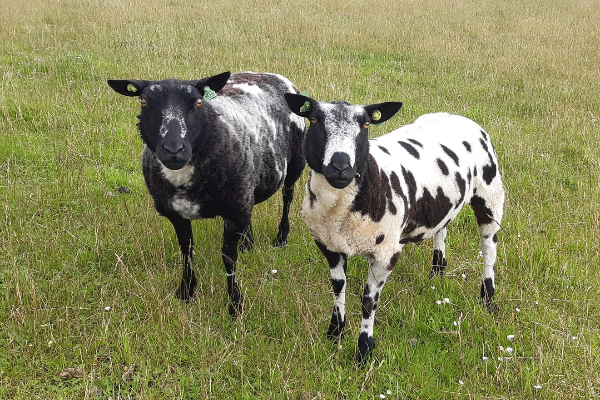 Dutch Spotted Sheep (Bonte Schaap) Since 2013, English, Scottish and Irish sheep breeders have had an interest in a typical Dutch sheep with spotted white and black (brownish “bleached” in the sun) wool. Since 2015, a small number of them have been imported in England and Scotland. The history of the Dutch Spotted Sheep (DSS) only goes back to around 1880.

From old farmers and old documents, we know that the DSS were held in an area in the western part of the country; roughly in the area between the cities of Leiden, Utrecht and Rotterdam. The soil in that area is peat bog and in medieval times this was a huge lake with swampy areas. In the 17th, 18th and 19th-century farmers and authorities made some low embankments (quays), approximately 1 metre above the water level. Those embankments are normally between 1000 to 1500 metres long and quite often connected with other embankments. They have an average width of between 3 to 5 metres, but sometimes up to 10 metres when used for horse-driven transport. When possible they are made using clay, resulting in a thin layer of clay on top of the peat. 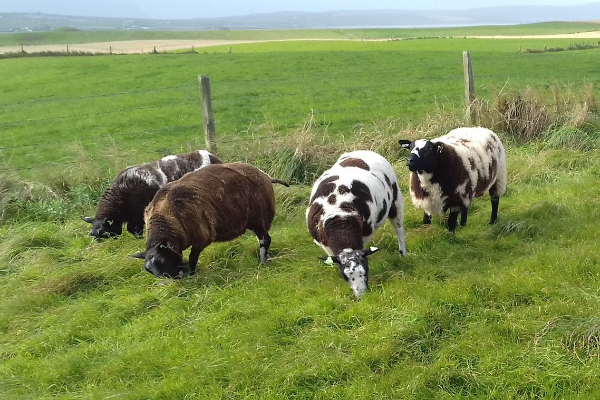 After the embankment had been realized, the water from the lake was pumped out using windmills resulting in large swamps. After a few years, farmers started reclaiming (and developing) the newly obtained land. It was necessary to make these embankments more robust against the water by covering them with grass. Under no condition trees were unacceptable as they could destroy the embankment in a storm and, thus, water would flow back! The farmers used sheep to maintain the grass but more importantly also to eat saplings. Mostly Dutch Spotted Sheep were used for this, while they were also used on the reclaimed land, in a later stage, to transform the peat bog into sod, strong enough to carry cows. 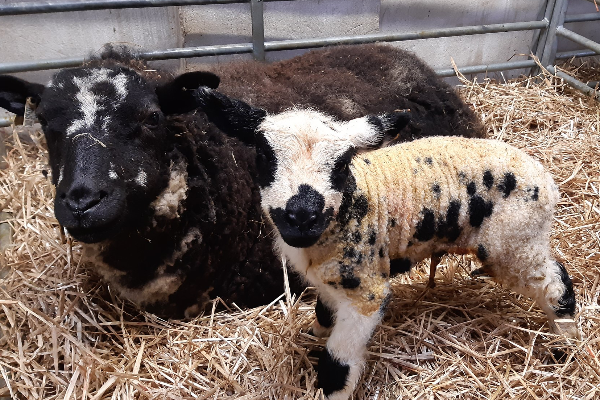 The DSS is now mostly held on meadows, quite often small areas not big enough for profitable dairy farming, or in combination with dairy farming to improve the quality of the vegetation.

Since the 1950s some farmers have made use of other breeds, like the Texel sheep, to get a sheep with specific qualities.

Texel Sheep a white-faced meaty sheep, native to the Netherlands. Texel sheep are strongly built , well proportioned and developed, a good grazer. The ewes are docile and good mothers. Laming percentage per ewe is often 1.85 at birth, while the percentage reaching maturity is 1.70. Texel rams are able to produce progeny having good meat characteristics. Older ewes often bear twins, while triple-births are not uncommon. 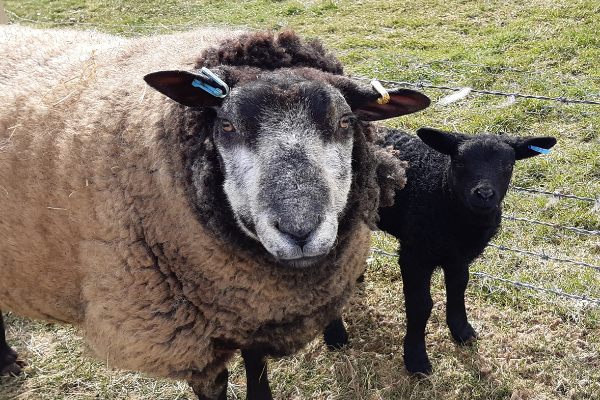 Fleece production of Texel sheep is also excellent, averaging about 11 per animal.

Goblin's Nook flock of Dutch Spotted Sheep, the first flock in Orkney to be fully registered with DSS UK. 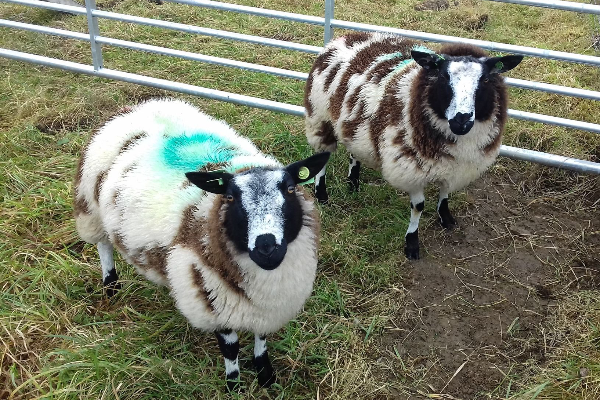 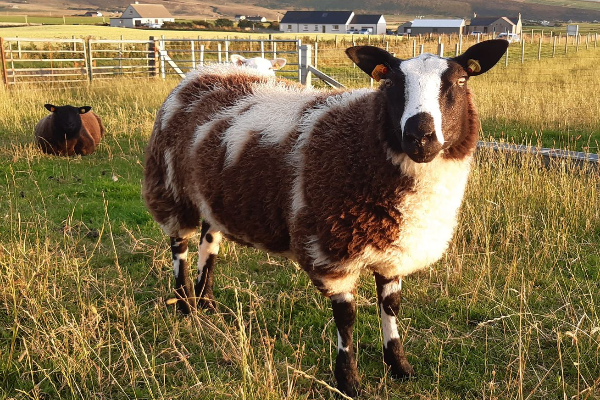 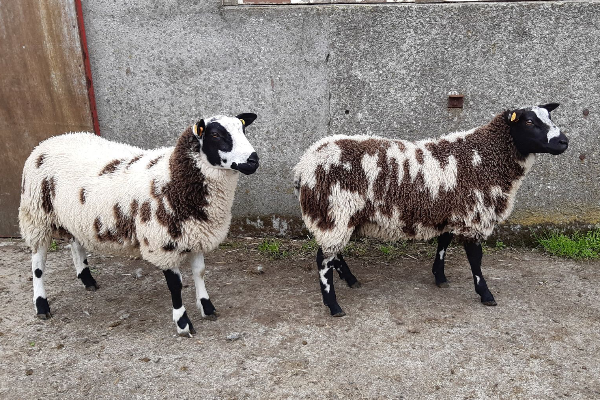 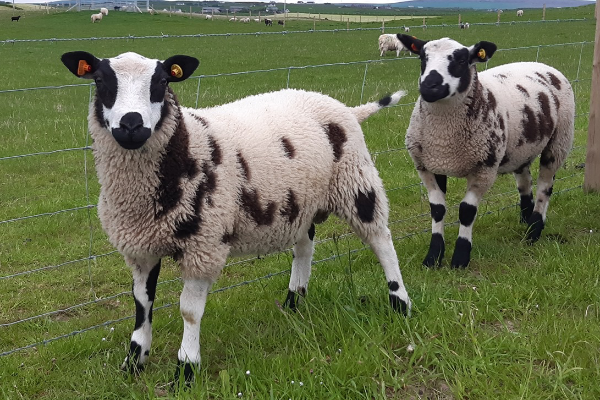 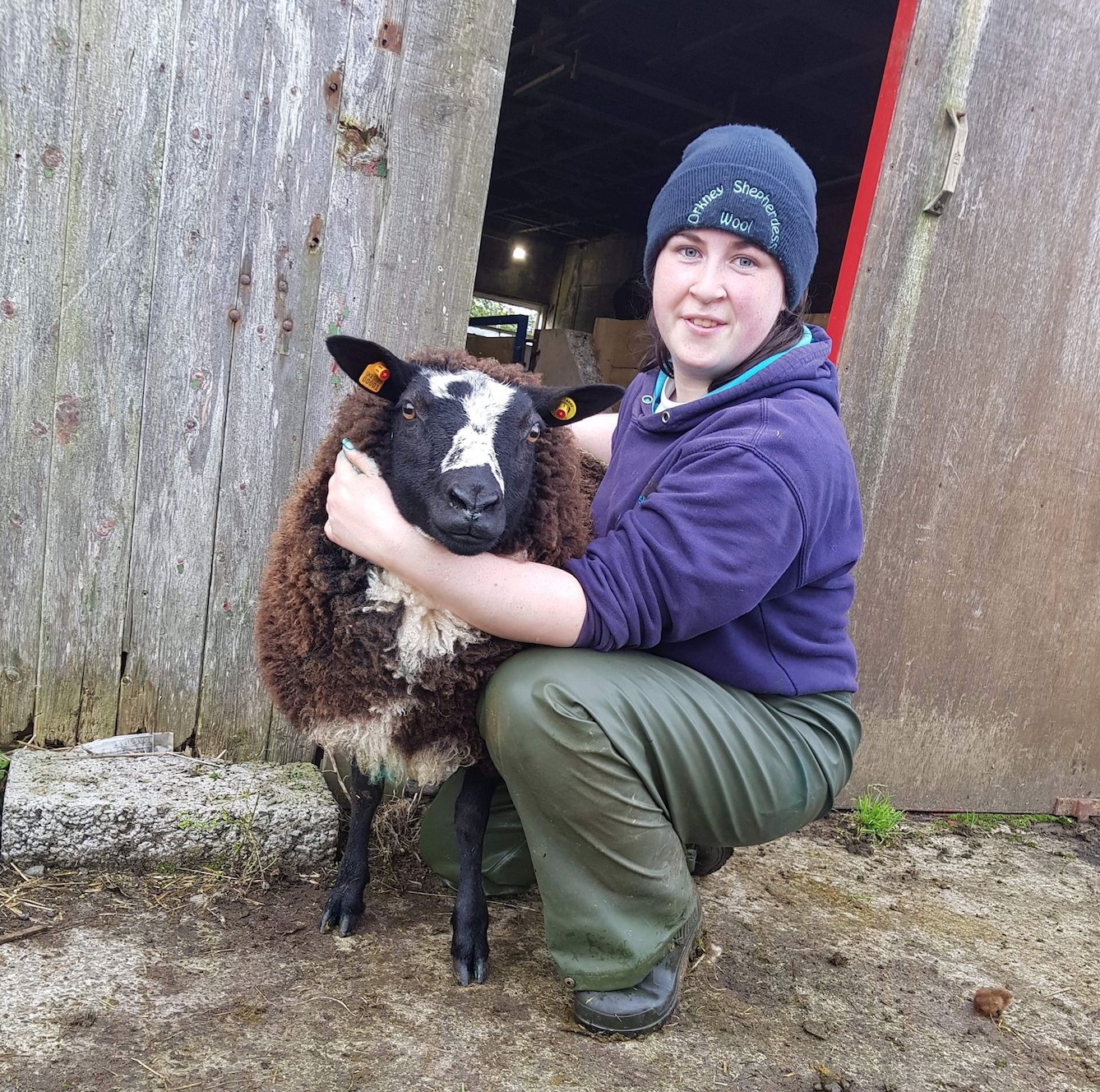