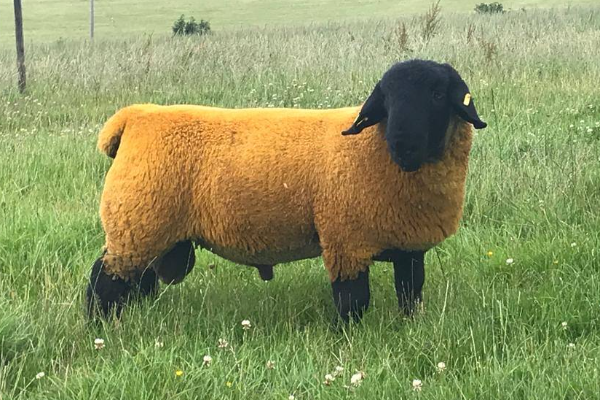 What is the history of Suffolk Sheep?

The Suffolk breed, an original English breed, was the result of crossing Southdown rams on Norfolk Horned ewes. The product of this cross was determined to be a great improvement over either one of the parents. Although the Suffolk was a recognized breed as early as 1810, the flock book was not closed until much later.

In 1930, Southdowns were described as large sheep without horns, dark faces and legs, fine bones and long small necks. They were gray to mouse brown on the face and legs. They were low set in front with high shoulders and light forequarters; however, their sides were good, rather broad in the loin and were full in the thigh and twist.

Today's Suffolk derives its meatiness and quality wool from the old original British Southdown. The Norfolk Horned sheep, were a wild and hardy breed. They were black faced, light, fleeced sheep. Both sexes were horned. The upland regions of Suffolk, Norfolk and Cambridge on the southeastern coast of England are very rugged and forage is sparse. It was this dry, cold and windy area in which the Norfolk breed adapted itself to traveling great distances for food, thereby developing a superbly muscular body.

It was said at that time of the Norfolk Horned, "their limbs are long and muscular, their bodies are long and their general form betokens activity and strength." This breed and its crosses were valued highly both by farmers and butchers.

However, sheepmen of that day did not like the long legs, flat sides, nor wild nature of the Norfolk Horned. They noted that Southdowns crossed with Norfolks produced a progeny that reduced most of the criticisms of both breeds.

In 1886, the English Suffolk Society was organized to provide registry service and to further develop the use of the bred. Through selection and careful breeding by many great English sheepmen, the Suffolk brought to United Kingdom retained the qualities for which they were originally mated.

The breed expanded rapidly, with the first flock in Ireland established in 1891, in 1895 in Scotland and 1901 in Wales.

From the earliest days sheep were exported around the world, to Austria, France, Germany, Switzerland, Russia, North and South America and the colonies. Suffolks are now found throughout the world's sheep producing countries. They are the flag-ship breed in the British Isles and recognised as the leading terminal sire on a variety of ewes to produce top quality prime lamb.

What are the characteristics of Suffolk Sheep? 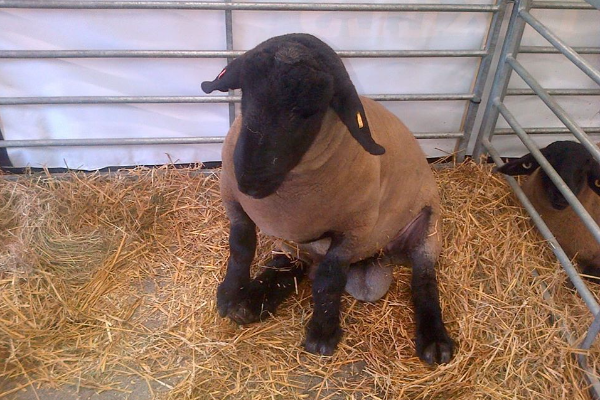 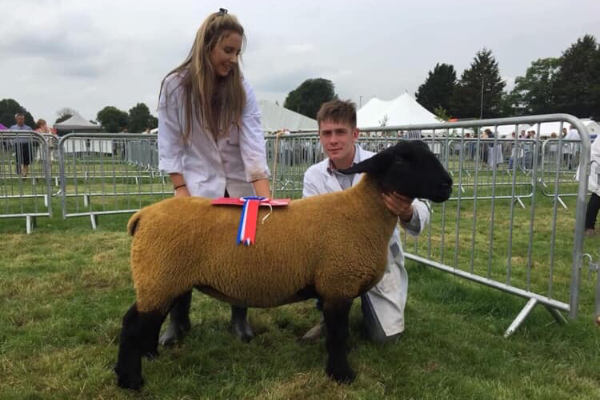 The Suffolk is distinctive for its completely black face and downturned ears, they are polled. The legs, also black, stand out against the single colour of its dense, white fleece, staple length 8-10 cm, micron count 28-33.

The Suffolk animal is an efficient converter of grass, forbs and forage into quality meat and fiber. Therefore, efficiency is indicated by length and dimension of the body. This is the type of body that is robust, complimenting healthy longevity, efficient feed conversion under various conditions, and ease of care, and ease of lambing.

For all environments. The breed thrives in wet conditions with its hard black feet, having immunity to foot diseases. Suffolks are also outstanding in the dry areas where the high fertility rams work well even in hot summer conditions.

Under favourable conditions Suffolk lambs mature for market as early as 9 to 12 weeks, or can be carried on to heavy weights. When mated with Merino or first cross ewes, suffolk cross wool is comparible to the best cross bred wools.

What is the weight of mature Suffolk Sheep? 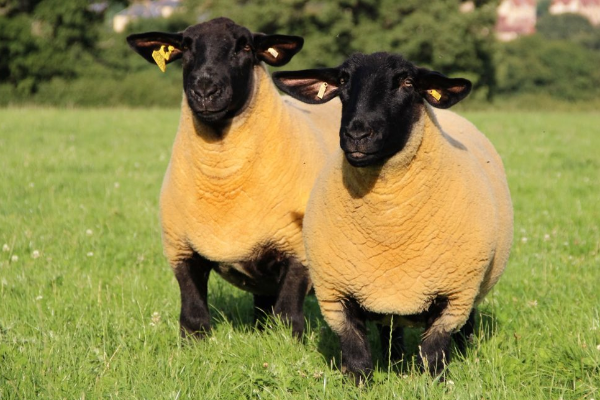 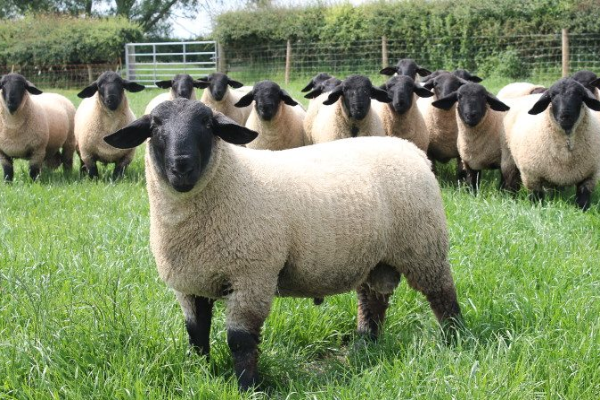