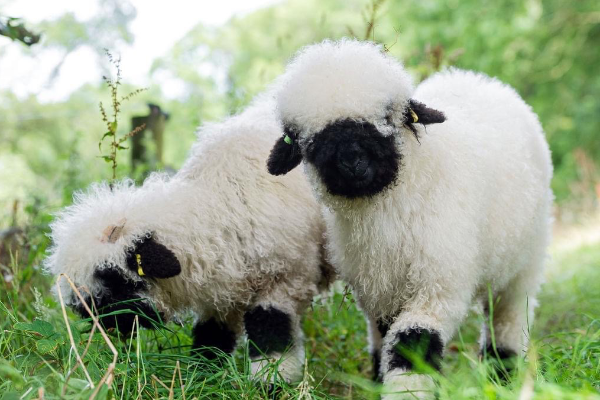 What is the history of Valais Blacknose Sheep?

The Blacknose sheep (Walliser Schwarznasenschaf) is an unpretentious indigenous breed, which is well-adapted to the harsh conditions of the mountains which it inhabits, in the German-speaking part of the Canton of Valais in Switzerland.

There are indications that this breed has existed since the 15th century, however they have changed greatly in appearance over the years and once resembled to the likes of Scottish Blackface.

What are the characteristics of Valais Blacknose Sheep? 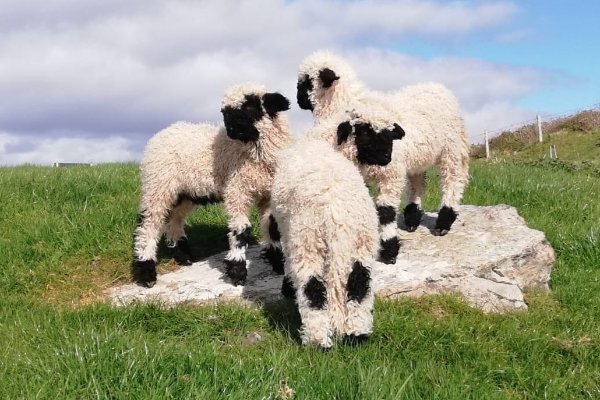 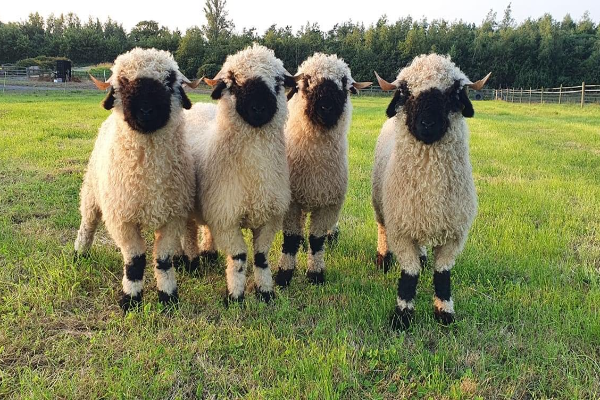 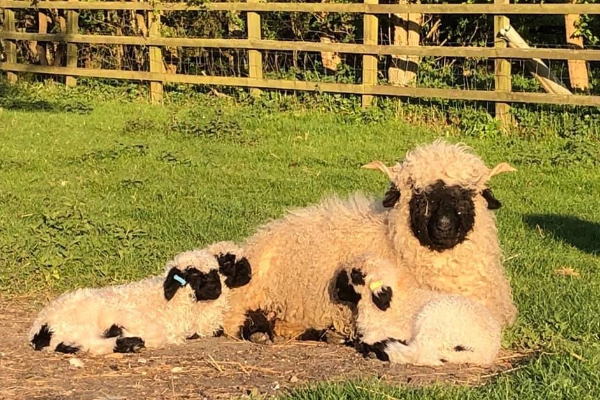 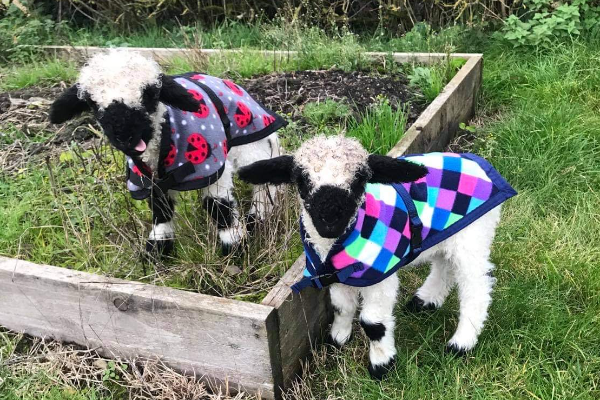 The Valais Blacknose is a dual-purpose breed, reared for both meat and wool. Valais Blacknose ewes in Switzerland are usually not bred until at least 18 months of age, they are also nonseasonal breeders, with a reproduction rate of 1.6 lambs per year, it is recommended to breed naturally once a year.

The Blacknose Sheep owe their name to their black nose, the ears are black to the point where they meet the head. Knees and hocks have black spots and the hoof and ankle area is black. Ewes have a black tail spot, Rams do not. Horns are helical or spiral and grow outward from the head in both ewes and rams. 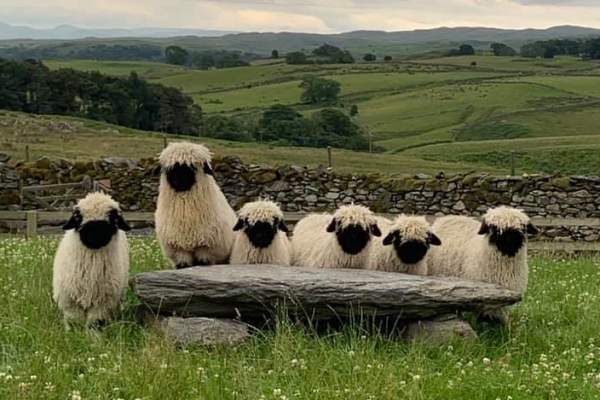 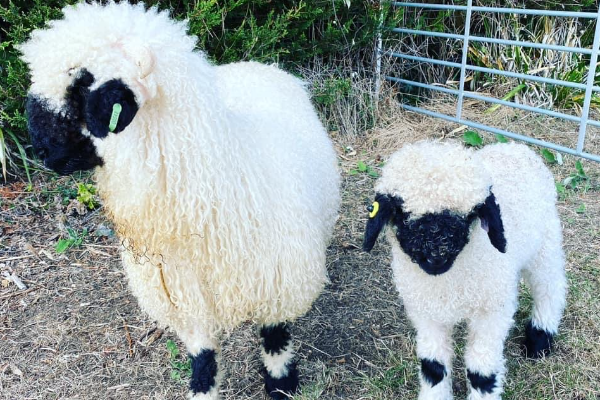 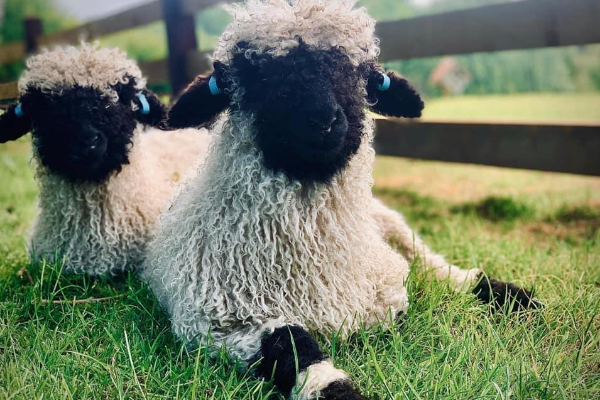 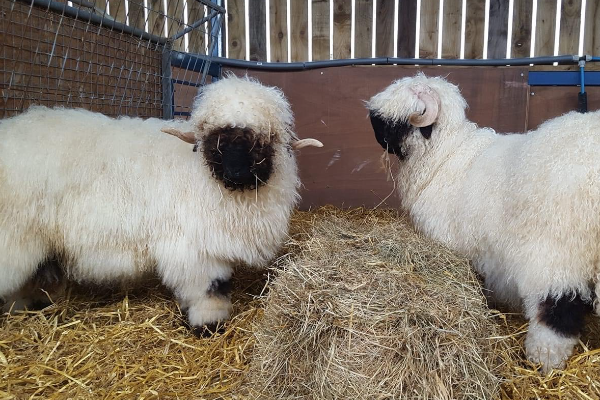 The Valais Blacknose Sheep is a mountain sheep breed which has equal wool distribution all over its body. An important feature is the wool, which should be of similar length and thickness all over the animal’s body, head and legs. The wool is coarse: fibre diameter averages approximately 38 microns, and staple length is 100 mm. The annual yield ( two shearing producing ) is about 4 kg of wool per head.

The wool of Valais Blacknose  is used mainly for mattress stuffing and carpets. The meat obtained from the Valais Blacknose sheep is of excellent quality and it is tender nature. They are also easy to care for, highly intelligent and calm.

The impressive horns and distinct markings give it its unique appearance. The Valais Blacknose Sheep has a harmonious, robust and large-framed body.

What is the weight of mature Valais Blacknose Sheep? 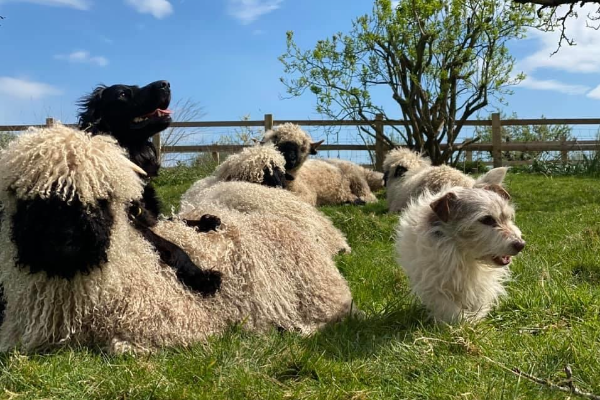 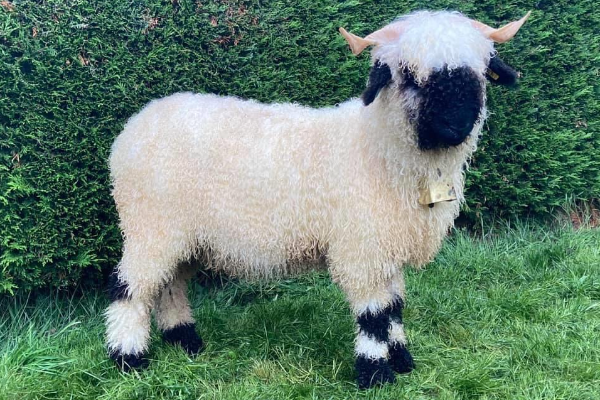 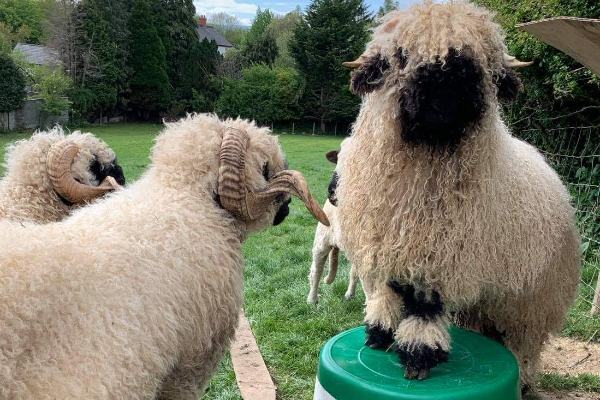