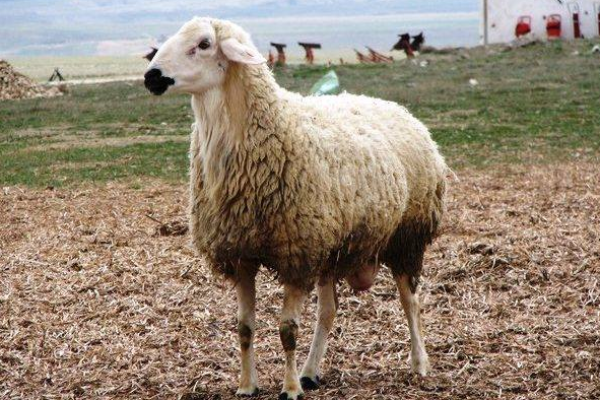 What is the history of White Karaman Sheep?

The White Karaman is an indigenous breed of Turkey. The Turkish name for the breed is Akkaraman. Like the other fat-tailed sheep breeds in the country, it is very hardy and strives well under poor feeding and extreme climatic conditions. Besides the common type two local types (Kangal and Karakaş) and one colour variety (Southern Karaman) are recognized within the breed.

The colour of the southern Karaman is usually black. The white Karaman breed is distributed throughout Central Anatolia, and into the parts of eastern and southeastern regions. It is also found in the parts of Black Sea and Mediterranean Regions adjacent to Central Anatolia.

Kangal type is raised in Sivas and Malatya provinces and Karakaş type in Diyarbakir province. Southern Karaman is found at the foothills of Taurus Mountains facing Central Anatolia.

The White Karaman covers approximately half of the country's surface area. It has the largest population among the sheep breeds of the country; in 1983 it numbered 21 million or 43.2 percent of the total sheep population.

What are the characteristics of White Karaman Sheep?

In the main distribution area, i.e. in Central Anatolia, nutrition of sheep during the grazing season, which lasts from April to the end of November, depends almost completely on grazing of poor quality pastures and stubble.

Sheep are housed in simple and generally unhygienic sheep-sheds during winter, when they are fed on straw; in some flocks animals receive some hay and limited amount of concentrates for a short period before and after lambing.

Mating takes place in September and October, with lambing in February and March. Lambs are weaned at about 2–3 months of age, after which ewes are milked.

The milking period is 2–3 months. The White Karaman is a fat-tailed sheep. Average weight of the tail is from 4 to 6 kg; it can be as heavy as 35 - 40 kg in some mature rams. The thin end of the tail bends twice on the main part and forms an S-shaped curve.

The colour is white with black around the nose, and rarely around the eyes and on the legs. Only about 10 percent of the rams are horned. Ewes are polled; very rarely thay have small horns. Ewes are drooping.

The fleece is of carpet-wool type, with a coarse and long outer coat and fine and short inner coat. Head, underside of neck and legs are usually devoid of wool.

What is the weight of mature White Karaman Sheep?